Mushishi Episode 12: Nui is Kind of the Best

I'm rewatching Mushishi on DVD and blogging it. Previous post here. First post here. You can watch this episode and the rest of the series legally (and free) on Youtube. For those in need of a refresher, there's a list of brief episode descriptions here.

Have you ever had a really good teacher? Not just someone you liked, but someone from whom you truly learned? Let me tell you, it's a wonderful thing. They say something and you just get it, like you're hooked up to some kind of hive mind and can just share knowledge freely. Imagine that. Imagine being able to communicate with no barriers. No spending nine months typing up a draft (ha ha. . .haaa), no taking awkward pauses to find the right word, no character limits.

I guess part of what makes these people so special is their rarity. It seems that for every good teacher there are ten bad ones. Think about them for a second, too. What makes someone a bad teacher? There are a multitude of reasons, to be sure, but in my experience a lot of it boils down to being self-centered. I mean that in the most literal sense, too - they just can't see things from someone else's perspective. "This explanation makes sense to me, so it must also make sense to you."

One-Eyed Fish is an episode about Ginko's past, his relationship to Nui (the narrator), and his deep ties to the mushi. But it's also about good and bad teachers, how they impart knowledge, and the impact that can have. 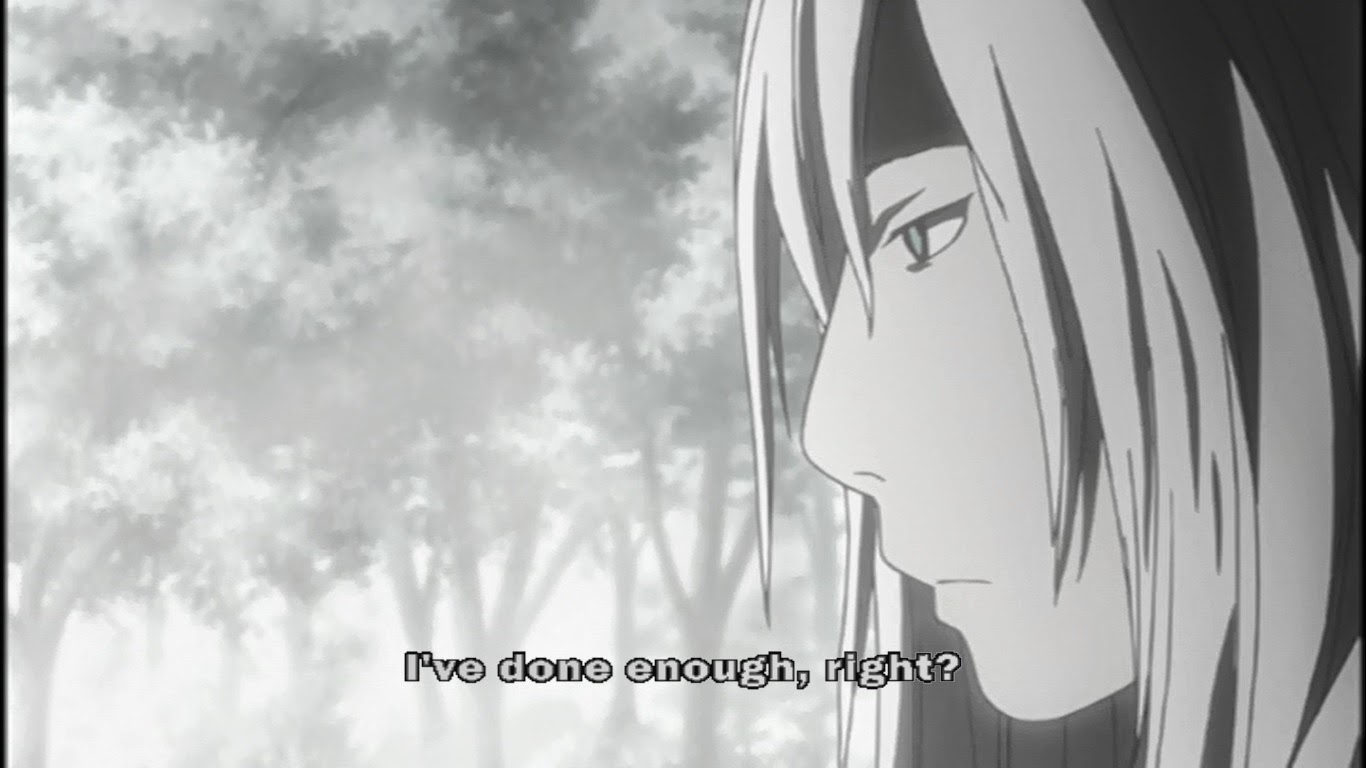 Yoki's mother (Yoki being Ginko's younger alter ego) is the first teacher we see, and she exemplifies a lot of sub-par teaching in the half-minute she's onscreen. Unlike her son, she can't perceive the mushi, which limits her ability to help him with them.

The way she teaches Yoki to deal with the world is, in essence, by obfuscating it. "Scary things like the mushi don't exist; you're just seeing things. If you're in trouble you can cling to me and it will be better. You can overcome things you don't understand just by 'being strong'." Her words provide comfort, not truth. And there's nothing wrong with that, per se. They're parent and child, and we'd recognize it as misguided and even a little cruel if she didn't ease him into the myriad complexities of the world.


That said, there's still something really wrong with the way she teaches him. When Yoki sees a mushi, she responds to his fear with disregard. It may be of some comfort, yes, but what he's being taught is that his reality is wrong. "You cannot trust your perception of the world. I can't tell you what is and isn't real and I don't know how you can distinguish that for yourself, but you're definitely wrong. Why? Because I can't understand it, that's why."

And again, that kind of makes sense. Why advise someone on something you know nothing about? That's the problem, though. Yoki is told to change the way he sees the world so that it makes sense to someone else. Yoki's mother is a poor mentor because she lacks empathy. She's giving the wrong solution because she doesn't understand what she should be solving. Teachers are there to to conform the problem to the student. Something's wrong if you're doing it the other way around.

I think this can best be summed up with the single image of Yoki and his mother holding hands (which speaks volumes about Mushishi's fantastic visuals). Yoki is desperately clinging to her, trying to keep up, while she absentmindedly pulls him along, barely even gripping him. They are advancing at the teacher's pace, with the pupil barely tagging along. You can imagine where that leads. 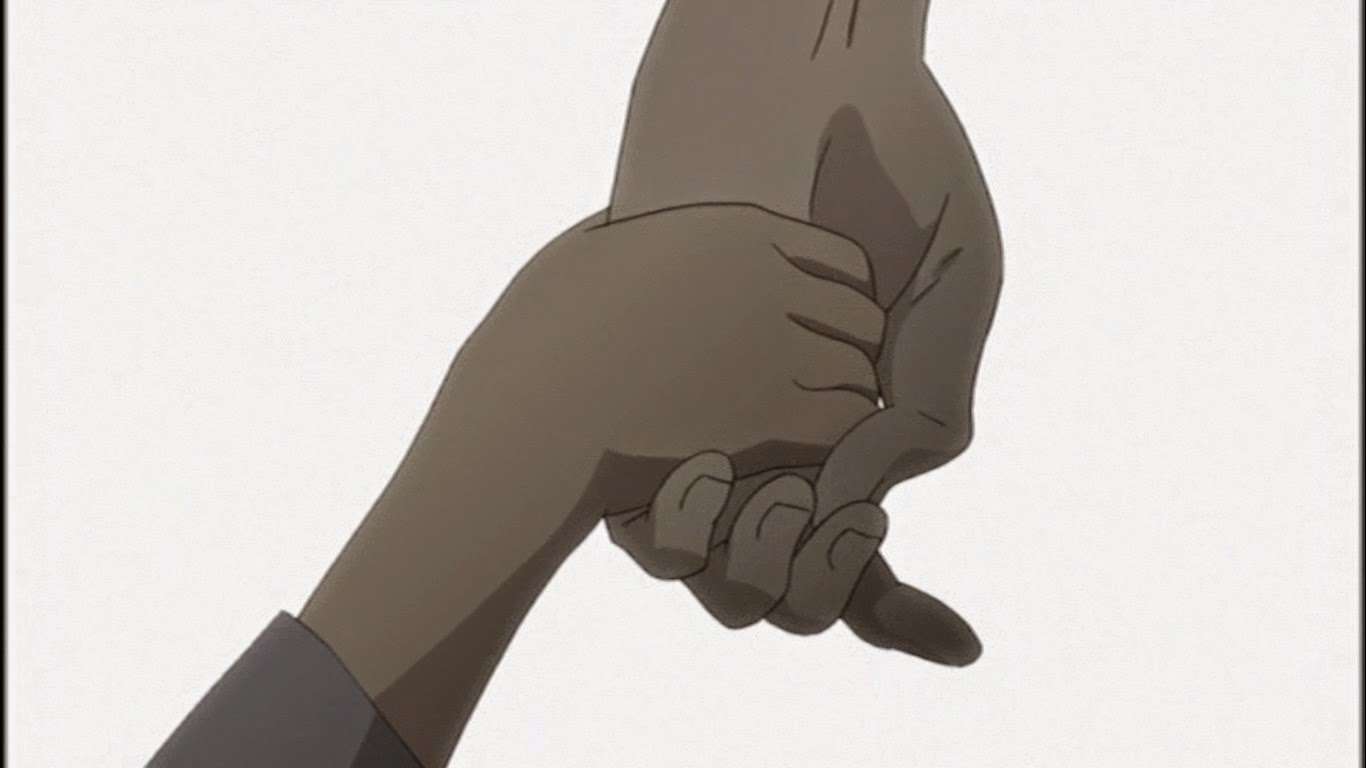 Then we have Nui, a different breed altogether. She certainly lacks the tenderness Yoki's mother possessed. She cares, but only to the point of necessity - once Yoki gets better, he should get out. Her brusqueness aside, he still tries to latch onto her as he did his mother. It's all he's learned, after all.

Nui doesn't teach like that, though. She's not particularly harsh, but she certainly doesn't pull him along or do the walking for him. When Yoki asks questions, Nui responds with the truth. Not the cold, hard truth, just. . .the truth. She abstracts it to simplify explanations, but she doesn't hide or alter it. That says a lot right there, I think. She actually gives Yoki a chance to learn, in stark contrast to her predecessor. Whether he asks about edible mushrooms or the morality or leaving a lethal mushi alive, Nui gives him the tools to find his own answer (rather than one she came up with herself).

And for what it's worth? Yoki can walk with Nui and he doesn't have to hold her hand.

Her honesty and openness sort of define Nui, or at least her teaching style. She makes it a point to share her knowledge. She doesn't force it on Yoki or command him to learn it; Nui simply says, "This is relevant. Would you like to hear it?" She's there to collaborate and help, not to challenge or restrict. That's really important.

Her approach, like that of Yoki's mother, can be summed up with a single image - one of her guiding Yoki to safety before she becomes Tokoyami. Not pulling, not being pulled; just walking with him as she shows the way.


At the end of the episode, when he can remember nothing else, Yoki recalls one lesson. I think you can guess which teacher he learned it from.

The hand-holding imagery is quite prevalent throughout the episode. When Yoki's mother dies and he leaves her, the only visible part of her body is her hand. That represents what he's leaving behind more than anything. It shows up again when Yoki grabs Nui's hand as she turns into Tokoyami; it enters his body like a poison, and in a way it is - he's trying to cling to her after he's been taught a better way.

The mushi are cast as antagonists for Yoki, but they're consistently what spur him into action. When he's in shock after his mother's death, it's the mushi who galvanize him into getting up. When he meets Nui, it's the mushi they bond most over. When he escapes the woods, it's the mushi who give him some direction and purpose. An peculiarly active role, given how benign they tend to be.

A lot of the teaching symbolism in this episode overlaps with the general theme of Yoki coming of age - recovering from the loss of his mother, and learning how to go on without her or Nui. Nonetheless, it changes the perspective on Nui's role considerably (from mentor to maternal figure), so I'd be interested to see the episode interpreted in that light.

This episode becomes more than a little bittersweet when you take into account that we're seeing the closest thing Ginko has ever had to a real home, and he can't remember any of it.
Posted by J. Sato at 7:00 PM